Talking it Over: How would you respond to Jefferson? 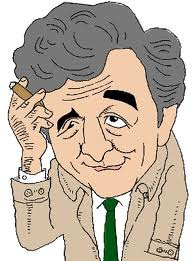 In January, a video posted on YouTube by college student Jefferson Bethke, went viral - over 18 million views in less than a month. Needless to say, that's no small feat!

The content? A simple poem that Jefferson wrote and recited about how Jesus and religion are not the same. As you might imagine it created quite a stir, even catching the attention of NY Times Columnist, David Brooks (you can take a look at David's column about this video by clicking here).

In my opinion, Jefferson's message needs to be taken seriously by the people of God, but not all agree. In David Brooks' column, he mentions one Pastor's response that you can read for yourself in full, on his blog, by clicking here. You might want to also peruse the hundreds of comments that people made at the end of David's article and at the end of the Pastor's post - they are most interesting.

Jefferson definitely hit a raw nerve, particularly among the young, but he also ruffled a few feathers in the process!

As you watch the video, keep in mind a couple of questions:


How would you respond to Jefferson? Does he have a point? Are his concerns legitimate? Does he make a credible case for taking a closer look at ourselves or do we just write him off, and others like him, as people on the fringe who are overly idealistic and lacking a thorough understanding of Scripture?

As for the controversy this created, do we dismiss the overall truth of his message (i.e. Jesus and religion are not the same) simply because of the way he chose to express himself? Is truth only truth when an "authority" presents it, or is truth itself the authority even when it's articulated by an "outside" source? At what point do we ask if there's a lesson in here for us as the people of God? Why so little discussion among ourselves about ourselves? Why so much about him and his character and the parsing of words?

Finally, for the sake of the Gospel, how might our attitudes and actions need to change so as to ensure that the clarity of our message is not being muddled by the "baggage" that Jefferson speaks of? As important as it is, is it solely an issue of embracing sound doctrine, or could there be more to this matter that we simply "don't get?" If so, what?

For further thoughts on religious tradition and how it can muddle the unique and radical message we hold so dear, please see my July 2011 posts entitled: "Our Message - Not Like The Others?" and "Assumptions and Absolutes"

Postscript (Mar 2): My good friend over at the Philippian Jailer Blog posted some thoughts on this video today that are worth checking out. You'll find it by clicking here.

Why think through the implications of a kingdom mindset? The answer is simple! If you hold the Gospel in high regard and there's even a small chance that we, as the people of God, are somehow hindering the very message we hold so dear, for the sake of the Gospel, can we do otherwise?

Whether you agree, disagree, or are pondering these things for the very first time, your thoughts and questions are most welcome as we grapple with the implications of a Kingdom Mindset together.

If you prefer to comment by email, or desire to submit a "guest post" for consideration, send your thoughts to SOTGBlog [at] Gmail [dot] com

I have voluntarily become a servant to any & all in order to reach a wide range of people.... I didn't take on their way of life, I kept my bearings in Christ — but I entered their world and tried to experience things from their point of view.... I did all this [for the sake of the Gospel] 1 Cor 9:19-23